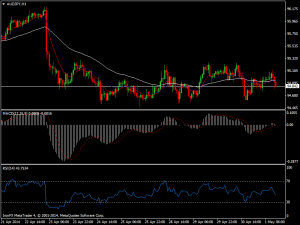 AUDJPY has been in a recent range between 95.300 and 95.500 and has come now to the center. With the pair not going in one direction more than the other, soon enough it should break out of the range, and it will be sooner rather than later. On the M15 we can see an uptrend and this recent drop acting as a retrace and potentially a good time to go long, with it hanging around the 55 EMA it doesn’t seem to want to stray to far away from this and with it reaching relatively far from it, a pullback and another breakthrough is expected.