Today at 10:30am we had the release of the Inflation report from the Bank of England.  This was something that traders were looking towards to see if we could get any more information on what the central bank were thinking and whether they would give the markets any more with regards forward guidance.

It was widely expected that Mark Carney would overhaul his initial forward guidance policy on interest rates, mainly due to the British unemployment rate falling much quicker than originally forecast.  If you recall the Bank of England had originally stated that it would not consider a rate rise on the current 0.5% until the unemployment rate had fallen to 7%.  At the time the rate was at 7.8%.  Within a matter of months the unemployment rate had fallen to 7.1%, leading to speculation that the Bank of England would potentially raise the interest rate sooner than originally forecast.  This has been one of the main reasons for the strength in GBP over the last few months. 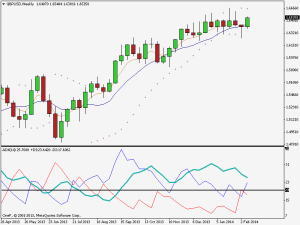 Most economists had been expecting the bank to tweak their guidance to take into account other factors and assure the market that rates will not rise any time soon.  As expected Mark Carney announced a new forward guidance, highlighting some key points that the bank will not raise rates until the spare capacity in the UK is fully absorbed, which wont happen until 2015.  It will consider more indicators than stated before and also added that when rates do start to rise they will only rise gradually, settling between 2-3%.  The Bank of England will also hold its stock of £375bn bonds under the QE until at least the first rate rise.  They also raised their growth forecasts significantly to 3.4% for 2014.

Initially we have seen an appreciation in the GBP rising to 1.6550 against the USD. 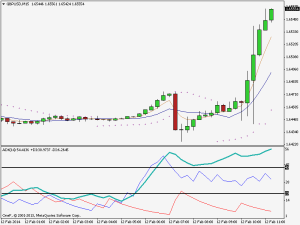