EUR/USD Update – 22/09/2017 (11:40am): Both Merkel’s CDU and the SPD got the fewest votes in decades. With the SPD ruling out a coalition, the most likely outcome will be a CGU/Greens/FDP government (Jamaica) although negotiations will take time. The AFD did better than expected highlighting that the global decline in mainstream politics has reached Germany. EUR opened marginally lower and traded below 1.1900 before bouncing. Despite the election result potentially disrupting EU reforms etc I do not see it materially affecting EUR however on the week, with the republicans due to release details on tax reform, I can see the USD doing well and so tactically favor EURUSD shorts, 1.1875/80 is strong support (uptrend from April) with a break seeing potentially more follow through. 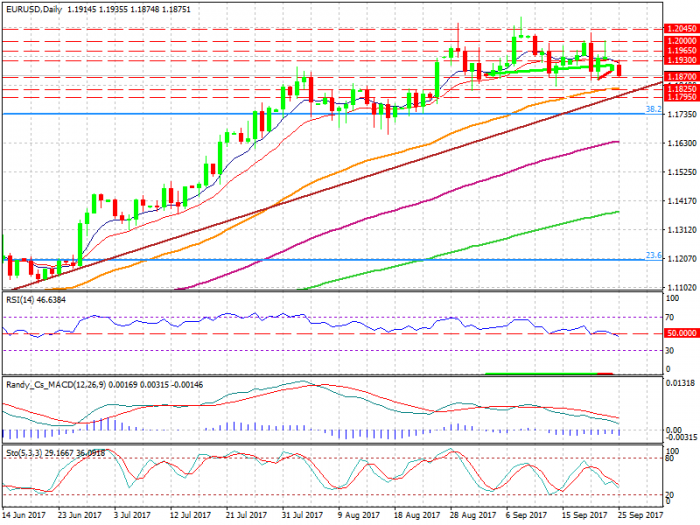