GBP/USD Update – 07/12/2017 (8:50am): UK has 48 hours to agree potential deal or Brexit talks cannot progress! Barnier informed EU ambassadors that Downing Street had told him a potential solution was being worked out that could possibly satisfy both Northern Ireland’s Democratic Unionist party and the Republic of Ireland, but that it had yet to be signed off by any of those involved. Cable’s stance should remain bid while above 1.3338.. GBP has continued to ease back and will shortly encounter the 1.3338 October high. It has recently broken above the 2014- 2017 downtrend. This has introduced scope to the 1.3658/71 September high and double Fibonacci retracement. It stays immediately bid above the 1.3338 mid October high. 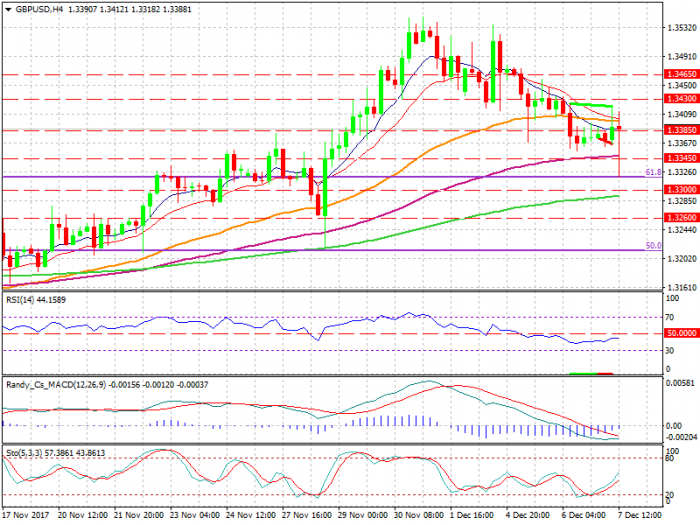