GBP/USD Update – 18/04/2017 (13:33): With the unexpected announcement of a British general election in 7 weeks we’ve seen pound sterling rally strongly against its counterparts. However, the stronger risk/reward trade in the medium to long term remains a sterling sell as the likelihood of Brexit being reversed is negligible, regardless of the election result. Those with a stronger risk appetite may look to sell this cable rally on its approach to the 1.27750 level which remains the post-referendum ceiling. Exits should be made according to the high-low Fibonacci for this year. 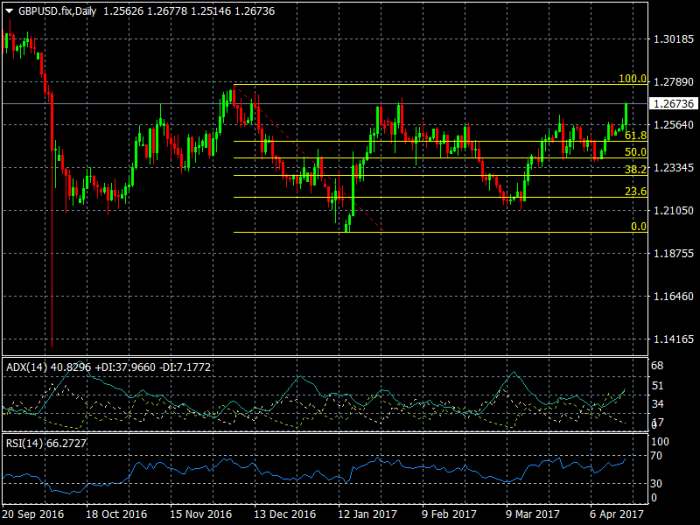