GBP/YEN Update – 12/09/2017 (11:05am): The GBPJPY cross continued gaining strong traction through early European session and surged past the key 145.00 psychological mark following the release of latest UK inflation figures. The cross built on previous session’s bullish break through above the very important 200-day SMA and jumped to the highest level since early August after the headline UK CPI bettered expectations, coming in at an annual rate of 2.90% for August. 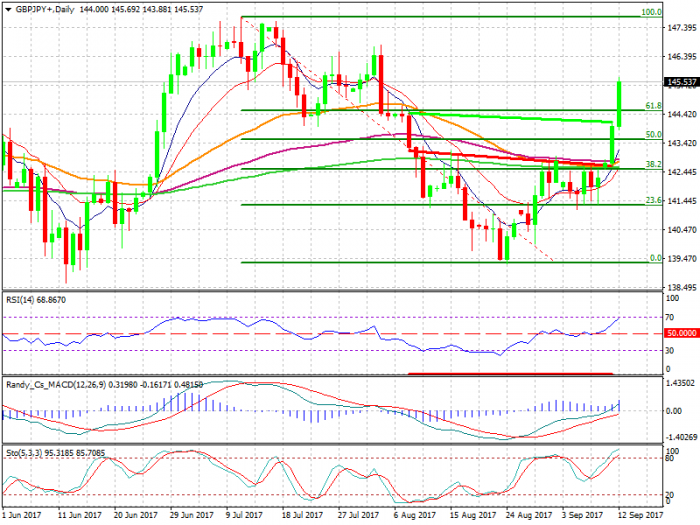