Is this the end of the line for stock market rally? 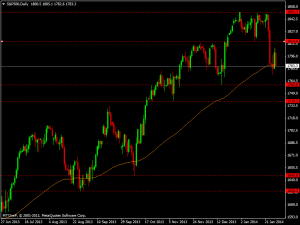 Recent events in the EM has given equities a sharp sell off, with the S&P falling almost 4% last week. I have been a bear on equities for a while now and have been caught on the wrong side of some good moves up. Reasons I know think we have topped out in the s&P.

The bulls will still remain optimistic of further upside for as long as 1740 holds, through there though and there isn’t much support until 1626-1645.  I like selling rallies in the S&P targeting these levels of support.