Overnight we have seen the BoJ unexpectedly take some action and Ease further. The main points were they expanded base money target to 80 trillion yen, as well as increasing JGB purchases by 30 trillion yen per year.

The move by the BoJ was unexpected and as such has caused big moves in the market and usdjpy has pushed up over 250 pips up to now. 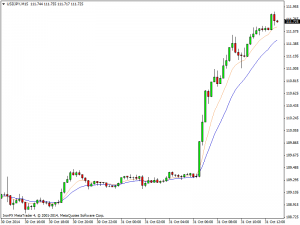 The last time the BoJ were involved in the markets in a major way it gave some great trading entries across all linked pairs where the moving averages were holding very well on daily charts for a number of months.  The trade we at Savi were doing every day was to buy on the pullbacks and then hold into close.  This worked well for a number of months and below i have posted a chart on USDJPY where you can see how this worked.  We could see something similar over the next few months not just in USDJPY but in other JPY pairs as well. 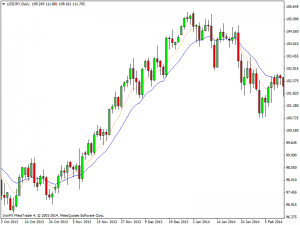 As you can see from November to January the same trader worked very well and gave multiple entries over the period to profit from.  The only thing to beware of the move overnight of 250 pips is a lot bigger than the initial move in the chart above, and as such there may be some pullbacks before a trend similar to the chart above gets started.