NZD/USD Update – 27/09/2017 (11:10am) – by Arjun Lakhanpal: Kiwi breaking lower as the dollar rises.. With the decline from last week’s high taking on an impulsive bias, the risk of a deeper corrective phase has increased as the focus turns to the next line of key support. The .7185/.7100 zone, which includes the August low, 200-day moving average and 61.8% retracement of the rally from the May low, should help define whether a more sustained decline is underway. 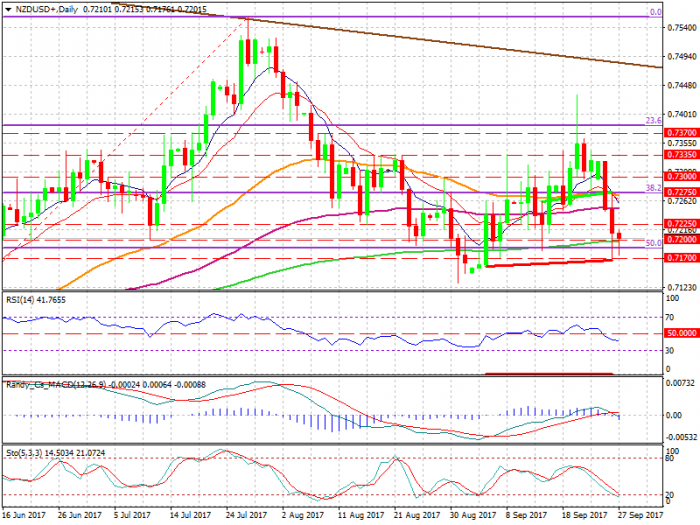