Oil Update – 27/06/2017 (11:25am): Oil has bounced but charts suggest downtrend still in place.. Despite the near term pause, the bearish backdrop in WTI remains intact after violating important support at the 43.76 May low and highlighting a deteriorating short term backdrop. In turn, the focus is now on the $42 support area and near the Nov/Sept lows and where some pause/retracement is due. A failure to hold here would imply a closer test of the 39 zone. Near term bounces should now find resistance at this week’s 44 breakdown area, but an extension above the 45.55 pivot area is necessary to suggest a better short term tone. 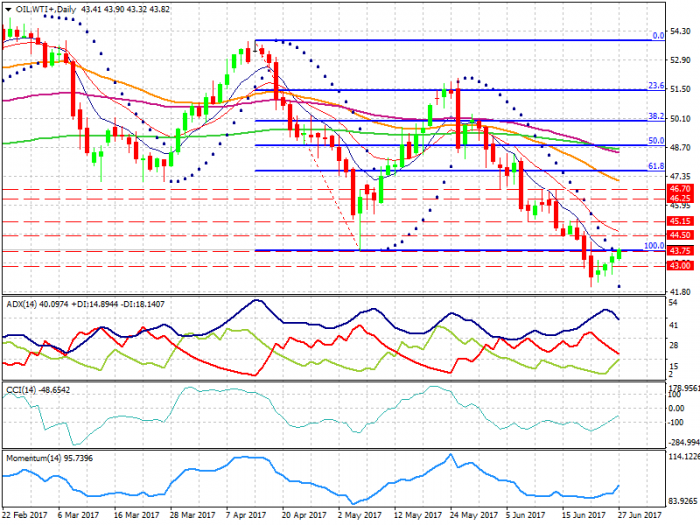