Today is the Bank of England’s Inflation report as well as interest rate decision which is popular called the “Super-Thursday”. The bank of England is expected to leave interest rate unchanged at 0.50% due to global economic outlook and most importantly UK economy. The Bank governor will subsequently give us an update as regards when interest rate is expected to go up and some economy targets to be achieved before rate could go up. One major factor that has affected the strength of GBP over the last couple of months is the low inflation in the UK and also some risk and uncertainty regarding UK referendum tagged “Brexit”.

Sterling has been on a massive sell-off coming into 2016. The currency has dropped against the USD from the highs of 1.59 which is the highs of June 2015 to the lows of 1.40 that is September 2008 lows. Cable (GBPUSD) remains bearish on a bigger time frame as all indicator points to a possible test of 1.3636 level which is the lows of March 2009. One major factor which could be responsible for the weakness against USD is the interest rate differential between the UK and United states. The uncertainty of the UK in the EU is another factor which might be pricing in ahead of the referendum in June

The Bank of England today is expected to be a bit dovish owing to the fact that since the last policy meeting in November, the risk in the global economy has increased, with massive sell-off in the global equities and economic slowdown in China, United states as well as the massive drop in the oil price to the lows of $27. These factors will be considered by the Bank of England to decide when to hike, the Bank Governor previously made it clear that rates will stay lower than expected and could actually cut interest rate rather than hike in other to support the UK economic growth which will eventually drive inflation. It is obvious inflation is low at the moment because of falling energy prices and could stay lower for a while. 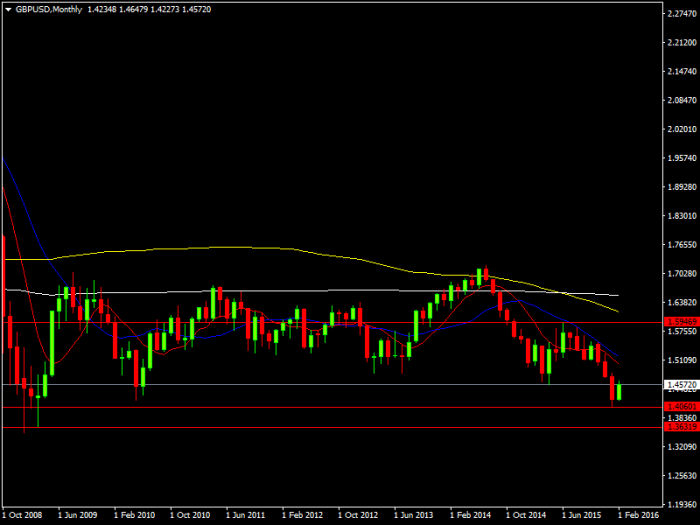