TRY remained bearish against GPB, dropped to the support level of 3.5765 since last Thursday the Turkish Central Bank (TCB) decided to keep the interest rate on hold.

According to the most analysts, the Lira has expected to weaken further in May and June, as inflation rate forecasts remained above the target rates of Turkish Central bank. 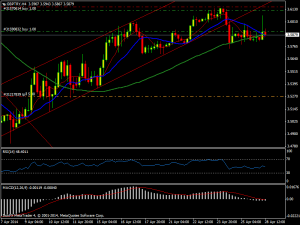