USD/CAD Update – 24/05/2017 (11:08am): USDCAD traded a low 1.3457 lead by a bid tone in risk and oil which remains supported ahead of OPEC later this week.  We then bounced from support as the overwhelming USD bid tone took hold although this felt more like a squeeze on some short USD positioning rather than the start of a trend.  The BoC will be the main focus today but should be a relatively non-event.  With the recent inflation print having moved lower and unimpressive wage growth I don’t see a major reason for a change of tack from their dovish to neutral stance at this meeting. Following recent events, language around the housing market are likely to be watched closely. Levels to watch near term 1.3540 ahead of 1.3650 and to the downside 1.3450 ahead of 1.3400. 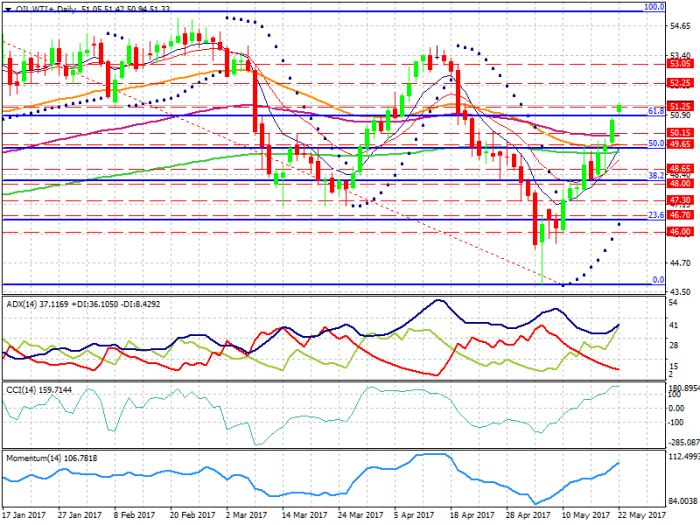