USD/YEN Update – 10/08/2017 (11:40am): Considering the breakdown and increased aggressive language in the Geopolitical world of N. Korea and the US; USDJPY has held up relatively well.  I think this is partly due to the level of USDJPY towards the bottom of ranges, technical support and existing positioning.  The larger impact was seen on the demand for CHF as the other save haven asset – and also due to the recent weakness in CHF/current positioning this made sense.  USDJPY does struggle to rally also though, with lower highs being made this week.  The key will clearly be US CPI, so market somewhat reluctant to sell USDJPY down here ahead of that – and on the back of more Trump language – regardless of the hugely negative connotations.  USDJPY support at 109.50 with 110.35 short term resistance ahead of 111.00. 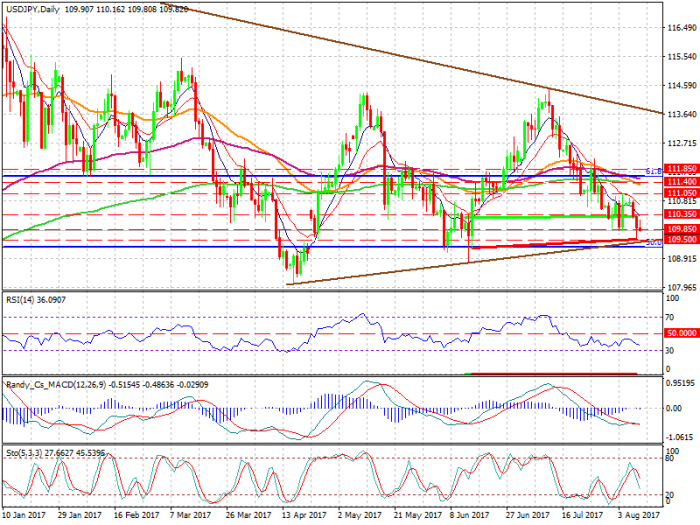